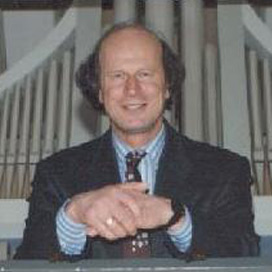 David M. Patrick pursued his musical education at the Royal College of Music with distinction winning the Stuart Prize for organ in 1967 and going on to gain the coveted Walford Davies Prize the following year. This award brought him prestigious recitals at both Westminster Abbey and Westminster Cathedral. His recording of the complete organ works of Maurice Duruflé was listed as a Critics Choice of the Year by the BBC Music Magazine.

"Impulse has really helped me by creating and maintaining my web site. Without this service I would not have the time or skills to do my own web site, nor would it be as professional as my Impulse site."