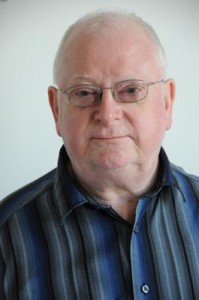 A Concert Of Commemorative Music By Julian Dawes

To listen to extracts of works by Julian Dawes and to buy scores of his music, visit
tutti.co.uk

Julian Dawes’ new Pesach (Passover) Cantata will have its premiere at the New London Synagogue, 33 Abbey Road NW8 0AT, on Sunday 10th April 2016 at 7.30pm.

Julian writes:
“As many of you will know Jewish themes are an important part of my work as a composer, and a theme which has been a recurring is the story of The Exodus. My cantata, Shirat Hayam (The Song Of The Sea) was first performed in December 2013. The Death of Moses, first performed in 2003, is a cantata based on a sequence of poems which imaginatively and dramatically describe what the experience of death might have been like for Moses.

“Which brings me to my third major work with an Exodus theme, Pesach Cantata for Soloists, Chorus and Chamber Ensemble. It is dedicated to Cantor Jason Green and to the New London Synagogue. It has an inspired libretto by Rabbi Roderick Young in which a Grandfather relates the story of Passover to his Grandchild, which in turn is illuminated by three other characters, Miriam, Aaron and Rabban Gamliel (a Talmudic sage who is featured in the Haggadah).

“All the familiar themes of the traditional Seder experience make their appearance in the Pesach Cantata. As Rabban Gamliel explains, it is an evening of “listening and telling the endless beautiful cycle.” The Grandfather describes the different aromatic dishes that diverse Jewish communities around the world use at their Seder Table: “These are the scents of Jewish homes on the eve of Pesach. Each scent curls around a point on the map, the map of our wanderings.” The 10 plagues, the 4 Questions, and the 4 Children all make their appearance in Roddy Young’s evocative libretto.

“The role of the Grandfather will be sung by Cantor Jason Green, the Grandchild by Zev Green, Miriam by Martha Jones, Aaron by Mark Nathan and Rabban Gamliel by Julien Van Mellaerts. The chorus will be our very own New London Singers, supplemented by eight professional singers, and the instrumental parts will be played by The New London Chamber Ensemble, led by Sophie Lockett and conducted by Vivienne Bellos.

“Please come and help make this performance a memorable precursor to Pesach.”