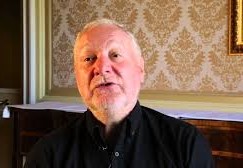 Roderick Lakin, director of ROSL ARTS since 1984, died on 28 August from head injuries suffered when he was struck by a bus in Edinburgh where he was managing the Royal Over-Seas League Fringe concert programme. Roderick (65 years of age) was knocked down on Frederick Street on 16 August and rushed to Edinburgh Royal Infirmary. He was later transferred to the Western General Hospital, where he died twelve days later, never having regained consciousness. His wife, Margaret, was at his side when he passed away.

Roderick had been Director of ROSL ARTS for 34 years, where he coordinated and promoted performance and exhibition opportunities for prizewinning artists and musicians from the UK and the Commonwealth early in their careers. The ROSL Annual Music Competition is highly regarded and attracts entries from emerging artists originating from many countires.

ROSL director-general Roddy Porter said: ‘Roderick was a highly valued friend and colleague to all at Over-Seas House in London and in Edinburgh, as well as to the membership of the League across the world. Roderick was held in great respect and affection by the multitude of musicians from all corners of the globe whose careers have benefited from his tireless efforts on their behalf. He was admired throughout the arts and music worlds for his professionalism and inspirational work.’

"Impulse gives unstinting service to the professional musician. Not only that: their sense of style and layout is impeccably suited to the discerning eye. Long may Impulse thrive, and all who connect through it."