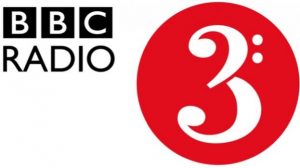 The most recent Radio Join Audience Research quarterly report has shown that BBC Radio 3’s audience has grown to its highest figure in three years. The classical radio station reached an audience of 2.12 million, up from 2.05 last quarter.

‘BBC Radio 3 is in rude health,’ said director of BBC radio Helen Boaden, ‘The unique blend of remarkable music and culture programming is something you’d only find on Radio 3.’

Boaden also paid tribute to BBC Radio 3 controller Alan Davey, as this report marks the end of his first full year in the job. ‘It’s been an honour to lead the BBC Radio 3 family’ said Davey, ‘I’m really proud of our constantly evolving offer… Moving into our 70th anniversary year, I’m delighted that Radio 3 continues to play such a special role in the daily lives of our listeners.’

Read the full report from RAJAR

“Impulse finds me a market no-one else can reach.”