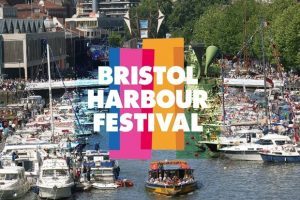 The dramatic performance will mark the 300th anniversary of the first legendary performance of the famous piece. In July 1717, the premiere was given in front of the King and his court aboard a flotilla of boats on the River Thames, so it is fitting that this recreation will take place on the water beside one of Bristol’s most exciting historic landmarks: Brunel’s SS Great Britain. Brunel was a great fan of Handel’s music, and requested that ‘See the Conqu’ring Hero Comes’ from Judas Maccabaeus was performed at an underwater party held inside his new Thames Tunnel during its construction in the 1820s; Brunel later had the same piece performed at an event marking the completion of the Royal Albert Bridge, Plymouth.

Bristol’s 300th anniversary performance of Handel’s Water Music is possible thanks to public funding by the National Lottery through Arts Council England.

Earlier on Sunday 23 July, children from local primary schools involved with ‘Preludes’ music project will perform a new composition on the SS Great Britain and BBC Radio Bristol stage in Brunel Square. They will work with ‘Preludes’ teachers and musicians from the Bristol Ensemble, taking inspiration from Handel’s Water Music before premiering their Bristol Harbour Festival performance.