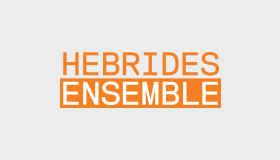 Over the past quarter of a century, Hebrides has premiered no fewer than 140 new pieces of music, more than half of which we have commissioned ourselves. From cutting edge digital programmes to classics of the modern repertoire, Hebrides has always championed the very best in chamber music and our 25th birthday events honour this extraordinary legacy.

And what better way to mark the occasion than by joining forces with Psappha, England’s foremost contemporary music ensemble who also celebrate their 25th birthday this year. Together, we mark the start of a new chapter with a powerful new co-commission from David Fennessy that sets string sextet against cimbalom in a stark and compelling modern soundworld. With its austere angles and driving sense of pulse, it forms a thrilling contrast to Transfigured Night, Schoenberg’s beautiful masterpiece for string sextet, which follows two lovers as they share their secrets in the glow of the moonlight.