Talk – Meet the composer (6pm); and Sakari Oramo conducting the BBC Symphony Orchestra in Hillborg’s music including the UK premieres of Peacock Tales and the Violin Concerto (Barbican Hall, 7.30pm). Tchaikovsky’s string sextet Souvenir de Florence was written following a trip to Italy, during which the composer visited the historic city and sketched one of the work’s principal themes there.

The music exhibits an abundance of Russian passion and fervour, combined with Italian lyricism and brilliance. Scored for two violins, two violas and two cellos, it is symphonic in its sonority and texture, with plenty of opportunity to display the players’ virtuosity. Mozart’s String Quintet is written in his ‘tragic’ key of G minor and is scored for string quartet plus a second viola, giving a rich and melancholic quality to the texture. The first concert at the newly renovated Hallé St Peter’s features a Psappha commission inspired by the Vienna of a century ago. Alissa Firsova’s Songs of the World sets three poems by Hugo van Hofmannsthal – a contemporary of Anton Webern, whose abstract but gripping String Quartet and masterful arrangement of Schoenberg’s Chamber Symphony both feature tonight. Poetry also provides the inspiration for Elizabeth Lutyens’ rarely-heard The Valley of Hatsu-Se, which draws on Japanese texts, and Cheryl Frances-Hoad’s more recent The Whole Earth Dances, inspired in part by Ted Hughes.

Into the Music at 6.40pm (Free to ticket-holders)
Alissa Firsova and Athanasia Kontou join Tim Williams and the RNCM’s Douglas Jarman to introduce tonight’s concert. 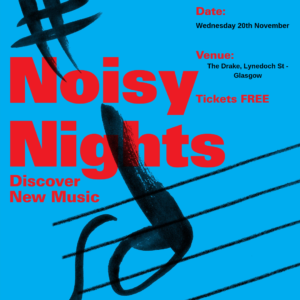 They’re a place to meet music-lovers, curious minds, musicians, composers and artists in an informal space and hear some of the best examples of brand new music while having a beer. They’re fun, free and your chance to listen to the musicians of Red Note. Music inspired by passionate and romantic Hungarian folk melodies features in this programme, alongside Beethoven’s dark and brooding Piano Concerto No.3, in a reduced orchestration arrangement. We’re delighted to welcome back the pianist Viv McLean for a fifth year as soloist, completing the set of Beethoven piano concertos, and also performing Liszt’s dramatic Hungarian Rhapsody in an arrangement for piano quintet.